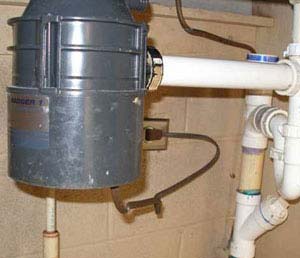 More often than not, if your home is equipped with a garbage disposal, you have probably had trouble with it once or twice.

Garbage disposals are essentially used for left over food waste, but seem to be used too often for the destruction of entire left over food portions, which is normally the result of children thinking that the disposal is meant to make unwanted food disappear.

It's important to be mindful of the food waste that is fed to your garbage disposal.

Large portions, bones, and sinewy food particles can wreak havoc on your disposal's mechanics and the pipes and plumbing that connects it to your kitchen.

Although most modern day disposals are built with a reset button, it is often not enough to correct the issues caused by a disposal being misused.

For you and your family's safety its best to allow a trained licensed plumber fix and repair any broken or jammed garbage disposals.